4pm-5pm, The Egg, MediaCityUK. (Non-Salford students meet 4pm in reception to be signed in). Drinks after!


Sonic Spectralities: Music, Media and Fundamental Hauntography
From the angelic machinery of 14th century celestial harmonies, to the more demonic machinery of the industrial and post-industrial ages, music has borne a paradoxical relationship with technology, system and structure, on the one hand, and the supernatural, the irrational and the libidinal, on the other. This relationship, a constantly mutating metaphor, does, however, have a certain conceptual stability, in that the imaginal energies that enable creativity and its affective reception in the listener, the dancer, and the enchanted, require the order of instrument and instrumentation to emerge at all. 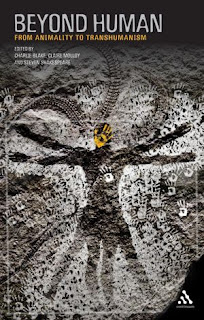 The libidinal power of music requires, demands even, the machinery of expression as the medium of its transmission, from imagination to imagination, from body to body. But however complex that relationship might have been in human development historically, the creation of recording technologies changes everything. From Edison onwards, two forms of spectrality at least start to emerge in recorded music. The first, represented by the Goethe scholar and Anthroposophist, Rudolf Steiner, envisions elementals of wood, metal and presumably shellac trapped in the industrial process, to the point where playing a record kills invisible entities in droves. The second form of spectrality concerns the creation of entities through the repetition of the lyric as it interacts with musical memory. In this paper, therefore, hauntography will be deployed in an attempt to map the spectralities of recorded music through this tension between the supernatural and the phenomenal.


Charlie Blake was Senior Lecturer in Critical and Cultural theory and Head of the Department of Media, Film and Communications at Liverpool Hope University. He is an executive editor of Angelaki: Journal of the Theoretical Humanities and amongst other publications, has recently co-edited and written for the collections: Shadows of Cruelty: Sadism, Masochism and the Philosophical Muse (two volumes) and Beyond Human: From Animality to Transhumanism. He is currently working on the politics of pornotheology, on immanence and materialism, and on the hauntography of music, and co-editing a collection with Nadine Boljkovac on Deleuze and Affect.