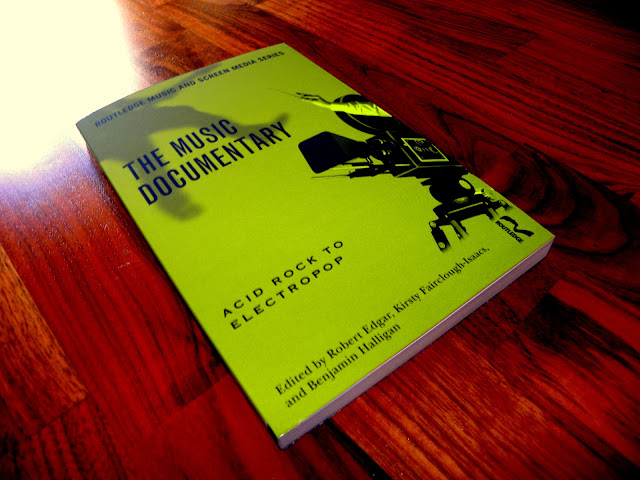 Salford's Drs. Ben Halligan and Kirsty Fairclough-Isaacs (along with York St John University's Dr Rob Edgar) co-edit this collection of essays on the music documentary --- the first of its kind --- which has been published today.

The collection arises in part on the Summer 2010 conference "Sights and Sounds: Investigating the Music Documentary" which was co-convened at Salford by Dr Halligan and the late Prof David Sanjek. 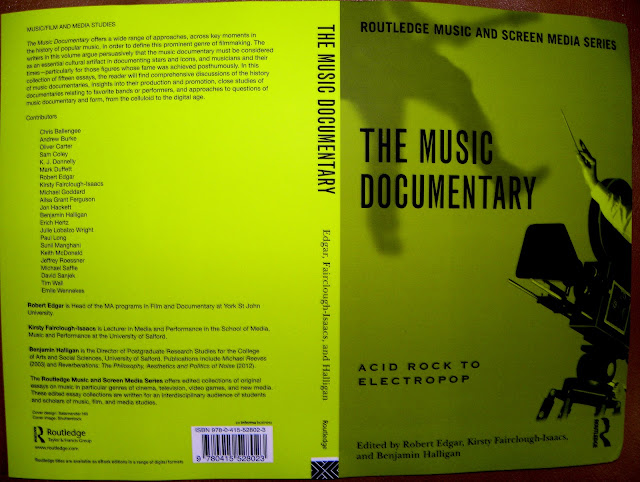 David's paper for that conference, on documentaries at the end of the countercultural period, is included here, along with considerations of everything from Woodstock to White Diamond, Pink Floyd - Live at Pompeii to The Song Remains the Same, via extended sections on punk and post-punk, the conceptualisation of music videos then and now, the British concert film, considerations of teaching in the area of music documentary making, satire and the "rockumentary", and the ways in which the music documentary form has been co-opted for promotion. The volume ends with a consideration of future directions for the genre. 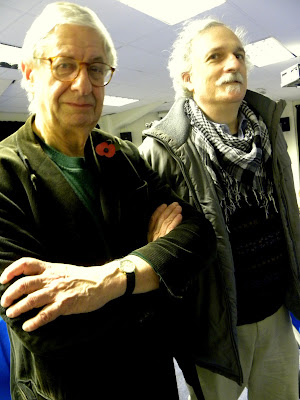 Dave, hosting a session with Tony Palmer at the University of Salford (photo included in the Introduction).
Posted by BLH at 12:49