This talk critically reflects on a series of drawings created during the devising process for Ridiculumus’ Total Football (2012). Ridiculusmus' production, a narrative of a non-sporty bureaucrat tasked with harnessing the enthusiasm of football fans in the interests of national cohesion, examines the impossibility of thorough incorporation of a national body within the Olympic mo(ve)ment. Based on an existing convention among football commentators for contextualizing and narrating team play, a series of photographs of sketches-in-process discussed here capture the marks of live notation as an urgent activity during devising. As such the reader has access to a snapshot from Ridiculusmus’ rehearsal methods and process. The paper analyses the notation devices employed in the sketches arguing that the approximate qualities of sketched notation, and its failed totality, capture the tone of comedy in this work about masculine hubris. While the sketches attempt to keep pace with the spontaneity of tactics devised by performers, the paper argues that performance systems and dance notation that have paid attention to architecture and spatial arrangement as a score do not generally notate intention or strategy. The paper presents the idea that the sketches document a multiplicity of tactics, and footballing metaphor in process.

“Ventriloquism and convulsion: Voice, aesthetics, and paradoxes of agency in Anton Corbijn’s Control”

As recent returns to this topic in media and cultural theory highlight, attempts to think about the voice soon gravitate on several paradoxes. Vocal emissions performatively produce the very (self-)articulating being and bodily presence that presumably act as their source. Whilst delivering selves and bodies as part of the world, vocal expressions at the same time inevitably depart from their emitters. As projection, the voice both exposes and replaces its source. Whether in a ‘live’ situation or when engaged in cinematic/other mediatised experience, we arguably strive to attach vocal sonorities to a visible origin. Yet, to elaborate on Steven 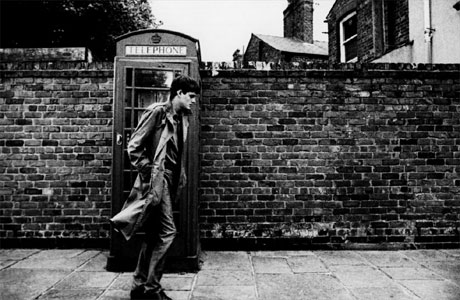 Connor (2000) there is always something ‘ventriloqual’ in the voice’s ultimate incompatibility with such visually ensured origins. In sum, the relations of voice to agency, embodiment, space, perception, power, and technical media are expandingly complex. My intention in this talk is to explore and further conceptualise these complexities in conversation with Control (2007), the film directed by Anton Corbijn about Joy Division, particularly the band’s late lead singer and lyricist Ian Curtis. This film, I contend, harnesses some of the above-sketched paradoxes of voice through its narrative but especially audiovisual and aesthetic presentations of Curtis’s character and vocal performances. I will inspect the voice as part of Curtis’s diegetic agency, but also as an agency in its own right in excess of its emitter’s control. This takes place in relation to such other distinctive audiovisual aspects of the film’s portrayal of Curtis as the dancing, convulsing body and the (still) face in close-up. This talk aims to address three areas that intertwine in my current research: the study of the ethico-aesthetics of voice in contemporary artistic practices and media culture; the return in the analysis of media to the political potential of sensory, aesthetic arrangements to shape our feelings, experience and thought processes; and the examination of non-normative media cultural masculinities from these two perspectives.

Milla Tiainen is Lecturer and Course Leader for Media Studies at Anglia Ruskin University. During 2013-2014, she is working as a postdoctoral researcher in the Academy of Finland funded project “Deleuzian Music Studies”. Tiainen’s current research interests include the voice in contemporary artistic practice, media culture and theory, theories of affect, rhythm and the body in movement, sound and performance studies, and new materialist approaches in cultural/media studies and feminist thought. She has published widely in the areas of music scholarship and cultural theory. Her work has recently appeared or is forthcoming in such publications as the edited volume  Carnal Knowledge: Towards a New Materialism through the Arts (IB Tauris, 2013), Body&Society, and NECSUS – European Journal of Media Studies. She is finishing a book about a new Deleuzian approach to musical performance (under contract with University of Minnesota Press).
Posted by BLH at 07:36