Call for Papers: A Clockwork Orange

CALL FOR PAPERS:
Fifty Years of A Clockwork Orange

To mark the fiftieth anniversary of Anthony Burgess's A Clockwork Orange (1962), the International Anthony Burgess Foundation is holding a multi-disciplinary conference to examine its profound and enduring impact on literature, film, music, theatre and society.

The conference will assess the history and reception of A Clockwork Orange in all its manifestations. Papers of 20-30 minutes in length are invited on any aspect of A Clockwork Orange and its legacy. Possible topics might include the linguistic and/or musical aspects of Burgess’s novel; invented languages; the film versions directed by Andy Warhol and Stanley Kubrick; the stage adaptations by John Godber, Anthony Burgess and Ron Daniels; translations into other languages and media; the history of book design; the political and Cold War contexts of the book and films; and the continuing influence of Burgess’s text on popular music, fashion, or other aspects of youth culture and counter-culture.

The conference will be supported by the UK premiere of Burgess’s Clockwork Orange music, a new Burgess/Kubrick exhibition at the John Rylands Library (in collaboration with the Stanley Kubrick Archive), and a film season at the Cornerhouse cinema.

If you would like to submit a paper, please send an abstract of 200-300 words to director@anthonyburgess.org 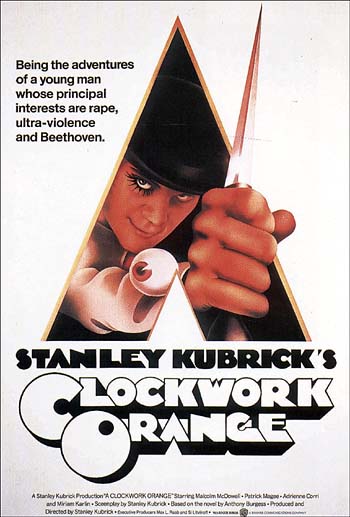