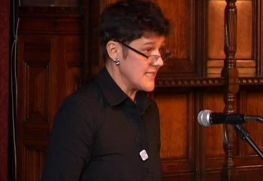 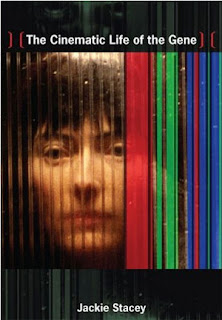 Professor Stacey’s academic background is an interdisciplinary one, combining European Studies (Sussex), Women’s Studies (Kent) and Cultural Studies (Birmingham). She currently works at the University of Manchester, specializing in feminist cultural theory and its bearing upon questions of political transformation. As well as being a co-editor of two journals, Screen and Feminist Theory, her publications include Star Gazing: Female Spectators and Hollywood Cinema (1994) and Teratologies: A Cultural Study of Cancer (1997) and (as co-author with Sarah Franklin and Celia Lury) Global Nature, Global Culture (2000). She has also co-edited a number of books, including Romance Revisited with Lynne Pearce (1995), Screen Histories: A Screen Reader with Annette Kuhn (1998), Thinking Through the Skin with Sara Ahmed (2001) and Queer Screens with Sarah Street (2007).


The Uneasy Cosmopolitans of Code Unknown
Across the humanities and social sciences we are currently witnessing a move towards a renewed cosmopolitanism. In these debates, cosmopolitan ideals blend a liberal notion of ‘openness to others’ with a sense of 'worldliness' that might welcome the flow of diversity and proximity to the unfamiliar. This talk questions the celebratory tone of this renewed cosmopolitanism through a reading of Code Unknown (Michael Haneke, 2000). If the promise of the cosmopolitan project is to be found in the notion of what we might call a more ‘open sociality’, then this talk explores how Code Unknown turns the processes of spectatorship into the ethical testing ground for such a vision.
Second floor lecture theatre, Adelphi House, 4.15-5.15pm.
Building 3 on page 3 of this map: http://www.salford.ac.uk/travel/campus-map.pdf
(NB: Not Adelphi Building, and beware of Google Maps that confuses the two).
Posted by BLH at 19:45