All sessions: second floor lecture theatre, Adelphi House
Building 3 on page 3 of this map: http://www.salford.ac.uk/travel/campus-map.pdf
(NB: Not Adelphi Building, and beware of Google Maps that confuses the two).

Internal Speaker: Mary Oliver (3.10 - 4pm)
Mary Oliver has been a performance artist for almost 30 years working across the fields of theatre, music, fine art and creative technology. For over a decade she has focussed on the creation of digital performance works and has collaborated with animators, film-makers, composers, computer programmers and most recently with a cognitive psychologist on the creation of interactive performance works that often play with the humour of the human-technological interface. Mary is Reader in Performance, Head of the Performance Research Centre and is leading the development of Digital Performance Research at the new Digital Media Performance Lab at MCUK.
“Practice as Research” Seminar
This session will be useful for anyone interested in research methods for creative practitioners. Mary's will use a number of her recent interdisciplinary performance and technology projects as case studies with which to distinguish the differences between practice and practice-as-research. She will focus on planning, writing proposals, execution (specifically working in interdisciplinary teams) documentation and dissemination of PAR
External Speaker: Dr Xavier Mendik (4.15 - 5.10) 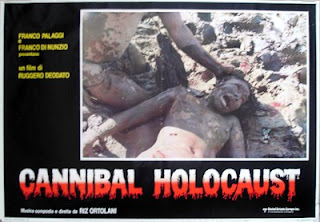 Xavier Mendik is Director of the Cine-Excess International Film Festival and DVD label at Brunel University, from where he also runs the Cult Film Archive and research centre. He has written extensively on cult and horror traditions, and some of his publications in this area include The Cult Film Reader (2008), Alternative Europe: Eurotrash and Exploitation Cinema Since 1945 (2004), Shocking Cinema of the Seventies (2002), Underground USA: Filmmaking Beyond the Hollywood Canon (2002) and Dario Argento’s Tenebrae (2000). Xavier has recently completed 100 Cult Films (with Ernest Mathis), to be released in October 2011 as part of the BFI/Palgrave film guide series, and is currently completing a monograph on 1970s Italian cult film. Beyond his academic writing, Xavier has an established profile as a documentary filmmaker and distributor. He was responsible for the 2011 high-definition UK restoration of Dario Argento’s Suspiria for the Nouveaux Pictures / Cine-Excess. Further details of these activities can be found on www.cine-excess.co.uk

The Long Road Back From Hell:
Reclaiming Cannibal Holocaust
A Documentary Screening and Discussion
In 1979, Italian director Ruggero Deodato created Cannibal Holocaust, a film that was to revolutionise and scandalise the nature of realist horror cinema. Deodato’s influential and infamous tale centres on four intrepid documentary filmmakers who go missing in the Amazonian wilderness, leading to fears that they have been butchered by local ‘savages.’  However, when the famous NYU anthropologist Harold Monroe discovers the group’s final filmed diary, a far more shocking tale emerges…
With its complex narrative and innovative use of documentary style techniques, Deodato’s Cannibal Holocaust initiated a trailblazing trend of ‘found footage horror’ that continued through to The Blair Witch Project (1999) and beyond. However, the film’s stylishness was overshadowed by it savage imagery, which lead to the movie being banned and heavily censored in many European countries. 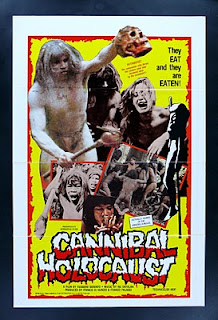 In Britain, the film became the most notorious ‘video nasty’ of the early 1980s, and was only subsequently released in the UK in a heavily censored version. However, in 2011, Cine-Excess and Brunel University academics including Xavier Mendik and Professor Julian Petley framed the official BBFC submission of the new HD master of Cannibal Holocaust on behalf of the distributor Shameless Films. This application resulted in a landmark BBFC ruling, which now allows the most complete cut of Cannibal Holocaust to be released across the UK in September 2011.
To tie in with this newly restored, high definition release of the film, Xavier Mendik will be discussing the long road back from hell for one of cinema’s most contentious titles. The seminar includes a screening of his new documentary The Long Road Back From Hell: Reclaiming Cannibal Holocaust, which is included on the new Shameless Films Blu-ray and DVD release of the film. The documentary charts the film’s controversial history, as well as its even more confrontational use of realist techniques, whilst also assessing its socio-cultural context in relation to Italy’s turbulent ‘Years of Lead’.
Posted by BLH at 07:24