Sheffield Doc/Fest is soon upon us, and the full programme is now online. Highlights include an Albert Maysles retrospective and a Richard Leacock tribute. Strands this year include protest documentaries and music documentaries. 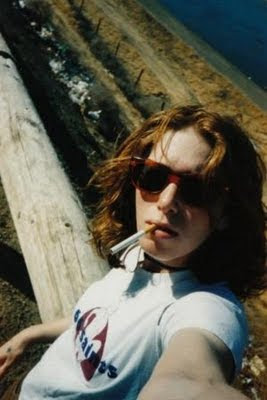 Hit So Hard: The Life & Near Death Story of Patty Schemel

Aware that her rock and role lifestyle was yielding some crazy episodes, Patty Schemel picked up a video camera in the early 1990s. A rising star in the flourishing music scene of America’s Pacific Northwest, Schemel’s pals included Kurt Cobain and his wife Courtney Love, who hired her as the drummer for her band Hole. Capturing some extraordinary scenes, including Cobain and Love at home with their baby daughter, Schemel also recorded her own descent from playing sell-out world tours to destitute heroin addict, and her ultimate rehabilitation. The footage is interwoven with entertaining interviews with Schemel and Hole’s surviving members (their base player Kristen Pfaff died of an overdose just two months after Cobain’s suicide) and Schemel’s own family. “I couldn’t get over that she gave up a good job at Microsoft,” says her mom. With a pace as fast moving as the music, director P. David Ebersole’s film is destined to become a classic music doc on the joys and perils of life in the fast lane.
Posted by BLH at 15:25