PGR presentation: Andra Ivanescu
Flirting with the audience (and other functions of musical quotation)
Musicians, specifically composers, have always borrowed material from other musicians. From orally transmitted song traditions that involved the same songs being retold in almost infinite varieties over decades and maybe even hundreds of years to 20th century jazz standards that have similarly endless variations and modern-day sampling, appropriation and borrowing have always been a part of musical composition. Quotation, however, is a special type of musical appropriation.
My research focuses on musical quotation and its functions within a large variety of musical genres, from classical music of the Renaissance to cartoon music and sample-based electronica. My thesis is meant to create a broad taxonomy of musical quotation and its functions that applies to virtually every musical quote in practically every musical genre. 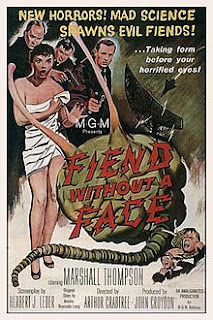 Scholarship on 1950s American science fiction cinema has tended to explore the relationship between these films and their domestic contexts of production and reception. They are often characterised as reflections of US anxieties about communism and nuclear technology. However, many such films were exported to Britain where these concerns were articulated and understood differently. The ways in which this different national context of reception shaped British interpretations of American science fiction cinema of this era has not yet been accounted for. Similarly, scholarship on 1950s British science fiction has been comparatively concise and has left gaps in our knowledge about the domestic reception of these films. Unable to draw on a British reception history of domestic and US 1950s science fiction cinema, debates about the genre have sometimes been underpinned by the presumption that western audiences responded to these films in a uniform manner.


This presentation complicates our understanding of the genre by suggesting the specificity of the British reception history of science fiction cinema during the 1950s. Drawing on archival sources, newsreels, newspapers, magazines and other such documentary evidence, it explores some of the different contexts in which 1950s science fiction cinema was received in Britain and suggests how these factors might have shaped the interpretation of the genre.

Matthew Jones recently completed his PhD in Drama at the University of Manchester’s Centre for Screen Studies and is currently an independent scholar. His doctoral research produced a British reception history of 1950s science fiction cinema. His published work has focused on issues of national and personal identity in British and American genre television.