Just published: Nicola's book on madness and music ---- the first study of its kind! 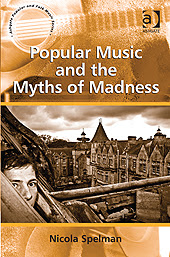 Studies of opera, film, television, and literature have demonstrated how constructions of madness may be referenced in order to stigmatise but also liberate protagonists in ways that reinforce or challenge contemporaneous notions of normality. But to date very little research has been conducted on how madness is represented in popular music. In an effort to redress this imbalance, Nicola Spelman identifies links between the anti-psychiatry movement and representations of madness in popular music of the 1960s and 1970s, analysing the various ways in which ideas critical of institutional psychiatry are embodied both verbally and musically in specific songs by David Bowie, Lou Reed, Pink Floyd, Alice Cooper, the Beatles, and Elton John. She concentrates on meanings that may be made at the point of reception as a consequence of ideas about madness that were circulating at the time. These ideas are then linked to contemporary conventions of musical expression in order to illustrate certain interpretative possibilities. Supporting evidence comes from popular musicological analysis - incorporating discourse analysis and social semiotics – and investigation of socio-historical context. The uniqueness of the period in question is demonstrated by means of a more generalised overview of songs drawn from a variety of styles and eras that engage with the topic of madness in diverse and often conflicting ways. The conclusions drawn reveal the extent to which anti-psychiatric ideas filtered through into popular culture, offering insights into popular music's ability to question general suppositions about madness alongside its potential to bring issues of men's madness into the public arena as an often neglected topic for discussion. 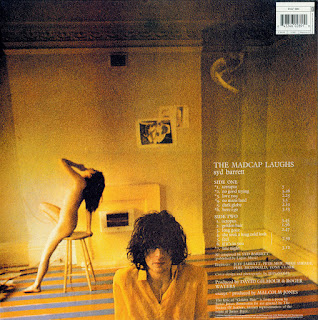