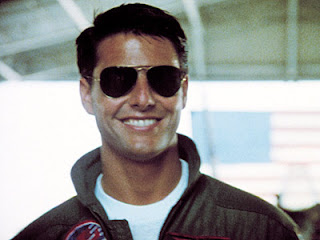 'Men's Cinema: The Mise-en-Scene of Masculinity'
Prof. Stella Bruzzi, Tuesday 8 May, 5pm, John Casken Lecture Theatre, 2nd floor Martin Harris Centre
In this paper I want to propose that there is a different, alternative way of looking at and discussing men and masculinity in Hollywood cinema in particular than the one that we largely - in film studies - have been used to. Rather than focusing on representation, I will examine the use of film style and mise-en-scene as means of conveying and defining masculinity. With reference to several postwar films up to the present day (There's Always Tomorrow, The Deer Hunter, Once Upon a Time in the West, Reservoir Dogs, Goodfellas, Top Gun, Memento) I will look at some of the key strategies and tropes of 'men's cinema', such as: men walking in a group or alone, the use of slow motion, the use of slow motion in juxtaposition to action, the use of steadicam.

Stella Bruzzi is Professor of Film and TV Studies and Chair of the Faculty of Arts at the University of Warwick, UK
Her main areas of research interest are gender and identity in film, particularly masculinity; documentary film and television; fashion and costume; film television and the law. Her most recent publication is 'Men's Cinema', a 35,000-word study of masculinity and mise-en-scene in Hollywood cinema for Wallflower Press's Close-Up series and she is currently working on articles on Pier Paolo Pasolini's Teorema, Hollywood and the New Look, the representation of the legal system in Fritz Lang's Fury and British documentary filmmaker Nick Broomfield

<http://www.centreforscreenstudies.manchester.ac.uk/>
Posted by BLH at 11:24