Press release
Calling for entries for the 2012 competitions
The 58th International Short Film Festival Oberhausen is now calling for entries for its competitions. In 2012, a record 44,000 euros of prize money will be distributed.
The new Promotional Prize of the Festival is the main cause of the increase in prize money at Oberhausen. For this prize, the festival will donate 10 cents per admission. With an average of almost 18,000 admissions per year, Oberhausen is expecting to award a sum of around 1,800 euros. In addition, the prize money in the International Children's and Youth Film Competition has increased from 2,000 to 3,000 euros and the Zonta Prize for a female filmmaker in the International or German Competition was raised from 500 to 1,000 euros.
Oberhausen organises five competitions: International, German, North Rhine-Westphalian, International Children's and Youth Films and the MuVi Award for the best German Music Video. Entry forms and regulations are available as downloads from kurzfilmtage.de. The festival recommends submission via reelport.com, where films can be registered and uploaded online.

- Submission deadline for the MuVi Award: 21 February 2012
(the director or production company must be located in Germany, produced after 1 January 2011) 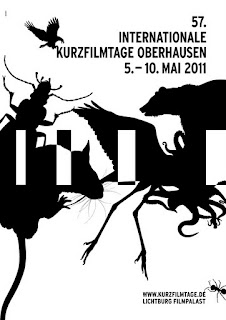