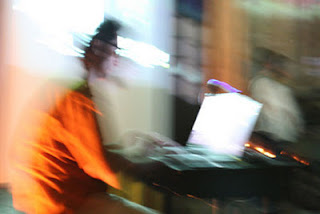 Dr Toni Sant is Director of Research at the of ’s of and New Media in . He has also lectured about performance and new media at and the . For more see http://www.tonisant.com
Preserving a History of the Future:
Archiving the Avant-Garde in a Digital Environment at Franklin Furnace
Established since 1976, Franklin Furnace is a renowned New York-based arts
organization whose mission is to preserve, document, and present works of
avant-garde art by emerging artists - particularly those whose works may be
vulnerable due to institutional neglect or politically unpopular content.
Drawing on his book Franklin Furnace & the Spirit of the Avant-Garde: A
History of the Future (Intellect, 2010), Toni Sant discusses how new
technology raises new issues in regard to preservation and archiving for
Franklin Furnace. Aside from the issues that arise during the creation and
primary dissemination of works on the Internet, long-term distribution
arrangements and digital-rights management are relevant for making the art and its documentation available on demand as part of a long-term plan for
preservation and dissemination. Identifying the best preservation strategies
is the first step, but there are also intellectual-property matters to
consider. Such issues have become major concerns for Franklin Furnace since
the late 1990s and it has not only braced itself to tackle them but also
pushed itself into the frontline of finding solutions for them, along with
others who have similar concerns.
Posted by BLH at 11:15