Questions of Anti-Establishment Art
How is the history and ontology of the “English establishment” preserved and maintained in postmodern times? This presentation of current research examines Jarman’s 1992 painting “Queer”, the 2002 track “Time for Heroes” by The Libertines, and Mario Testino’s official wedding photograph of Kate Middleton and William Wales from 2011. To what extent do these three texts from the last two decades seek to subvert and/or renew notions of the establishment - its aesthetics, ideology, rituals and prejudices? In what ways is this establishment both called into creation, and called to account, in these three documents? And how does the radical or bohemian tradition of English modernist art fare in this context? The discussion will take as its starting point Stephen Frears’ gelding for the 2006 film The Queen. 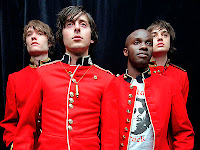 
Dr Eithne Quinn of the University of Manchester is author of Nuthin’ But a “G” Thang: The Culture and Commerce of Gangsta Rap (Columbia University Press, 2005). She is currently completing a book entitled A Piece of the Action: Race and Labour in Post-Civil Rights Hollywood. 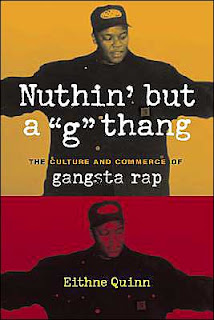 Taking the Rap: The Use of Violent Grime Lyrics in Criminal Cases
In three recent murder cases in London, prosecution counsels presented violent ‘grime’ rap lyrics written by defendants as evidence of guilt. As author of a scholarly book on gangsta rap, Eithne Quinn acted as an expert witness for the defence in the three trials. This paper gives an account of the legal use of violent rap and argues that, in these cases, lyrics should not be admissible as evidence.
Posted by BLH at 18:15