Transgression, Creativity, and The Comedy Business

How do comedic transgression and creativity play their part in the business of comedy?

Comedy often broaches the most fraught issues in our lives and cultures, standards of gender performance, types of sexuality, social, ethnic and cultural difference transgressing boundaries as it seeks to create laughter. Yet comedy has been intrinsically important in the development, influence and impact of radio, film and television and its importance for these media industries and its role in their construction of our cultural landscape are clearly linked.


Salford University has hosted and co-hosted Comedy Conferences since 2005 and the Comedy Studies journal, published by Intellect has emerged from this.

On the same day at 7.30pm in the Robert Powell Theatre Ridiculsumus will present their new production, The Eradication of Schizophrenia in Western Lapland (Tickets are £5 - contact Richard Talbot, see below). See http://www.ridiculusmus.com. The event also coincides with the Salford University Comedy Showcase and performances by students on the BA (Hons) Performance: Comedy Practices Pathway.

http://www.salford.ac.uk/arts-media/research/performance-research-centre
Posted by BLH at 08:55 No comments:

17.00 - 18.00 in the Open Space on first floor of the Righton Building, Cavendish Street,
Manchester M15 6BG
All speakers are from the School of Art
Enquiries: Dr Myna Trustram (m.trustram@mmu.ac.uk)

12 February Conflict and compassion. Contemporary visual culture from UK and Asia
Alnoor Mitha The talk will give a background to the research on the Asia Triennial Manchester (ATM)
26 Sept - 23 Nov 2014. Alnoor is the artistic director for the third ATM and will curate a major
international show at the Imperial War Museum North.

12 March Patterns that disconnect: “... designing ecology into the city”
Dr David Haley The effects of climate change are accelerating and nine billion people will be living in cities that are
no longer fit for purpose. If ecological perturbation also offers opportunities for diverse creative
responses, resilience and ‘capable futures’, how might such seismic transformations of cultural
norms and ecological forms be choreographed with grace? The talk will include examples of David’s
ecological arts projects.

19 March Each day at a time: Writing and collecting in mourning
Dr Myna Trustram ‘Art is the means by which we lose the object in order to call it back in a new form’ (Ellman 2005).
This performative talk is an account of writing in mourning. Following a bereavement, I documented in a
diary a kind of slow, controlled collecting of flowers in order to recover a habit of writing a diary. I
consider whether the diary was in part a melancholic response to loss - a repetitive search for beauty
and its decay.

14 May Serge Tisseron on how objects acquire agency.
Dr Philip Sykas Since the 1970s, the French psychiatrist, Serge Tisseron, has explored the role of the object as a
mediator of mental activity. The object can be a place in which we bury memories and experiences in
order to put these out of our mind for a period. Tisseron questions our relation with objects, treating
them as an extension of the human mind. As his work is not yet available in English, this talk presents
Tisseron’s ideas to those who cannot read them in French.

21 May Pylons and Birds Eye: Women’s Institute scrapbooks
Dr Rosemary Shirley This paper centres on a set of scrapbooks created by the rural women’s organisation the Women’s
Institute. They were made in 1965 by WI’s all over the country to celebrate the organisation’s Golden
Jubilee, and were intended to provide a snapshot of village life at that moment. The books reveal
something of the complexity of how modernity has been felt in rural places, evidencing dramatic yet
uneven changes in the landscape, in consumption and in the home.

28 May The transformative power of thread
Alice Kettle Using thread for its narrative potential, Alice Kettle will look at recent projects such as the 'Garden of
England' at the Queen’s House (Royal Museums Greenwich) and Unravelling at Uppark
House (Petersfield).

11 June Duchess, dogs, Detroit and dragons, handles and cherrypickers - Travels in the Spode
Archive.
Dr Paul Scott Excavating and re-animating the forgotten remains of an industry. A journey through engraved
landscapes, digital harvests, rivets and staples.
Posted by BLH at 10:39 No comments: 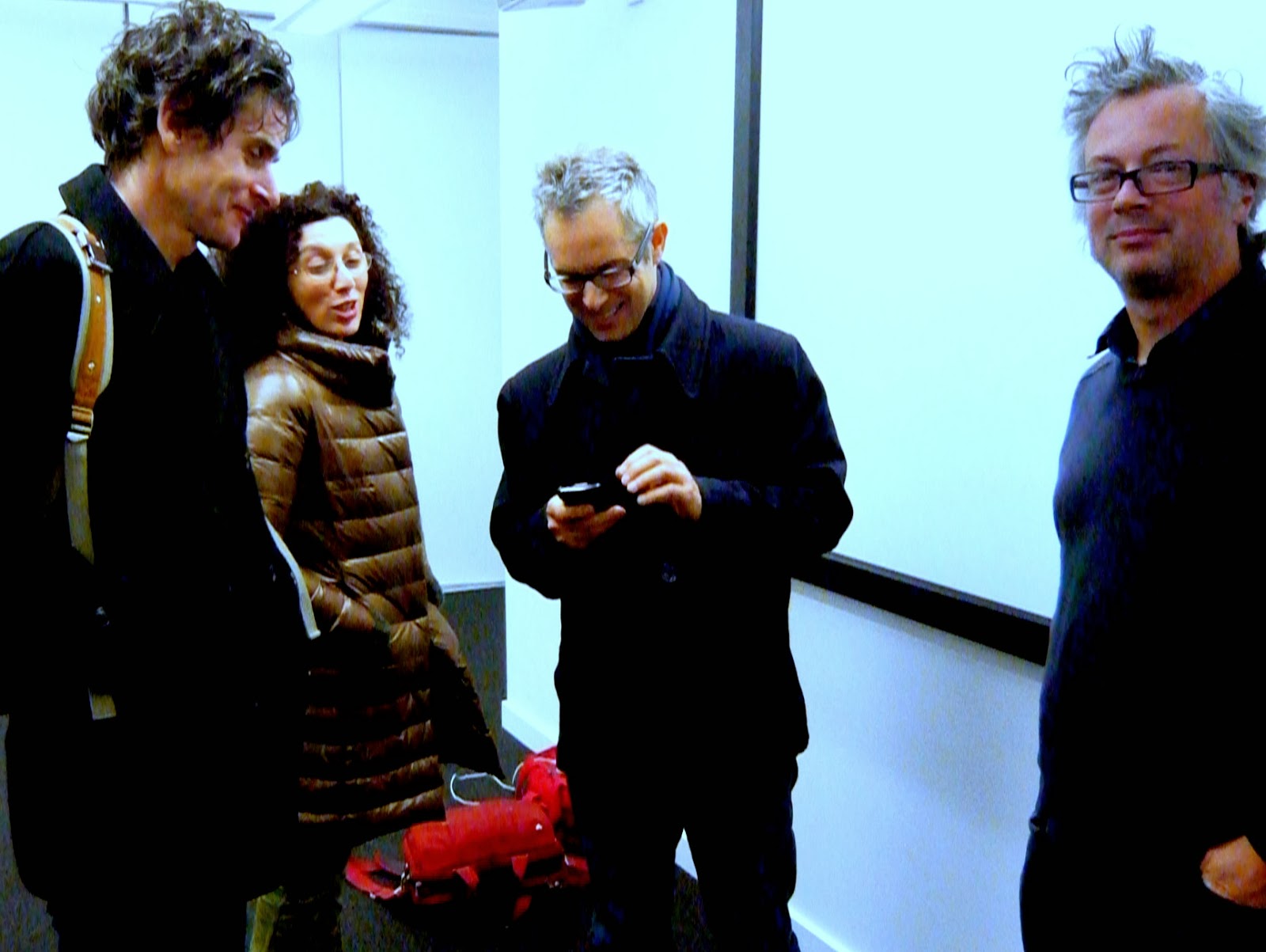 Our warm thanks to Prof Des Freedman of Goldsmiths for his "Reflections on Media Power": old moguls and new media, Twitter and imperialist intrigues, MediaLens and illiberal bias, the popular press and anti-war movements, and approaches to reform in the post-Levenson age.

MMU are hosting a public talk by Prof Tina Chanter entitled ‘The Public, The Private and the Aesthetic Unconscious: Reworking Ranciere’


The event is free and open to all. 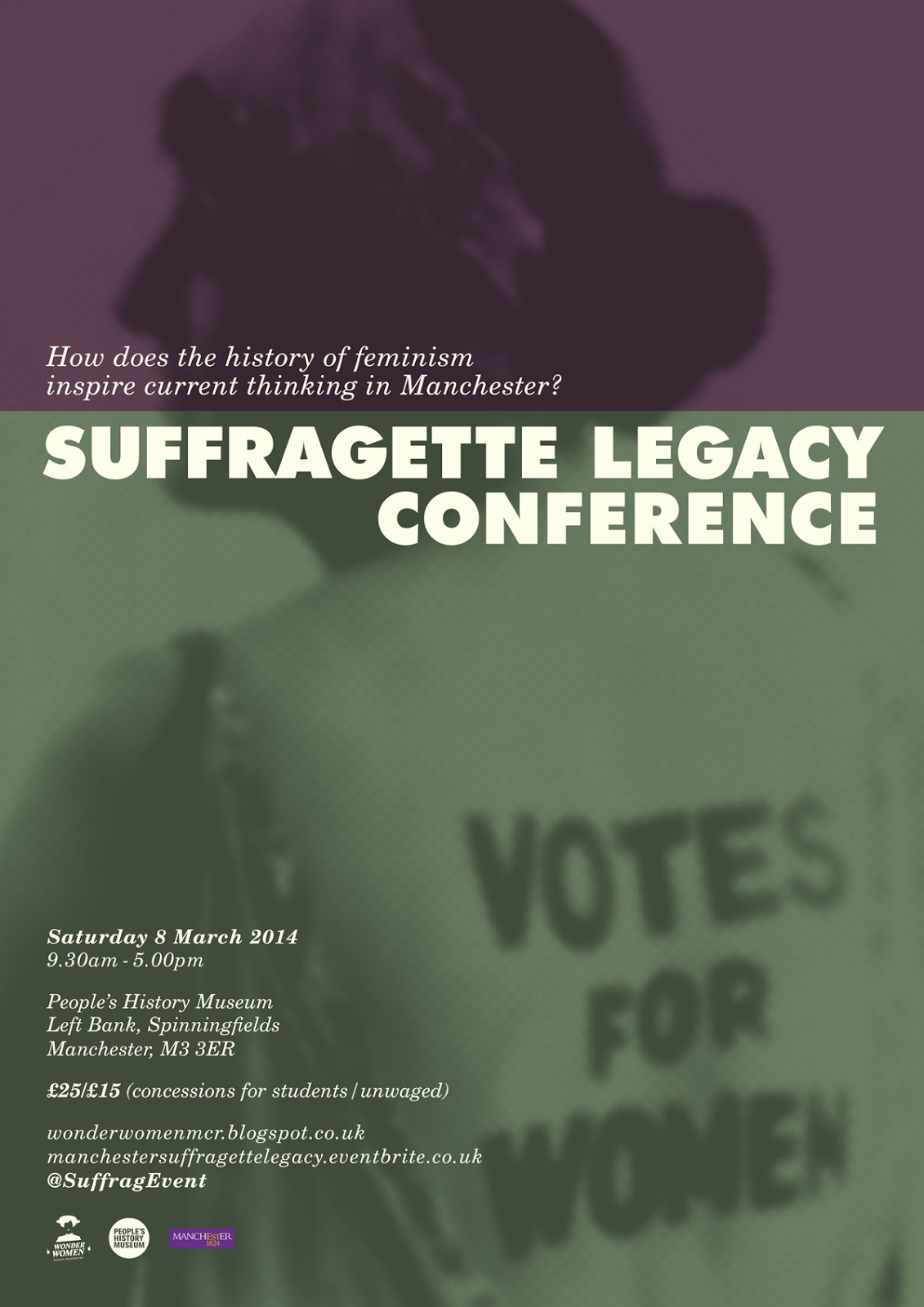 Media power is a crucial, although often taken for granted, concept. Does it express the economic and political prowess of particular ‘media moguls’? Does it refer to the media’s capacity to modify attitudes and beliefs, transform social circumstances and exert influence over other social institutions? Does it refer to the ability of media to provide other state or corporate actors with a valuable resource to assert their own dominance? Does it point to a concentration of symbolic influence that is mobilized in quite personalized contexts or to the growth of economic blocs that are all the more significant in 21st century ‘knowledge’ and ‘information societies’? Are we to believe that the media are increasingly the locus of power or, as Castells argues, that ‘the media are not the holders of power, but they constitute by and large the space where power is decided’? As a way into thinking through some of these issues, the paper identifies four paradigms of media power. As with any conceptual model, it is filled with holes and probably fails to address all the complexities of media power. However, in thinking through different frames through which to assess the dynamics of media power, it may be a useful starting point.

Des Freedman is a professor of Media and Communications at Goldsmiths, University of London. He is the author of The Politics of Media Policy, co-author (with James Curran and Natalie Fenton) of Misunderstanding the Internet and co-editor (with Daya Thussu) of Media and Terrorism: Global Perspectives. He is the chair of the Media Reform Coalition and is working on his new book, The Contradictions of Media Power.

This paper will open questions about the politics of participation. Historically, debates in applied theatre tended to make sharp distinctions between active participation and passive consumption - with assumptions that see participation as necessarily emancipatory or morally virtuous. This view seems outdated in a context in which many different forms of theatre invite participation, where museums have become participatory theme parks, and when shopping is regarded as integral to an experience economy. Affect sells, and participation has been commodified. So what’s left?

The first part of the talk will open some of these assumptions about the political porousness of participation for critical scrutiny, asking how participation in theatre shifted from a utopian ideal of communitarian equality to a valuable commodity. Thereafter, a forum-style discussion will consider examples of practice that challenge, test or affirm the perception that participatory performance (in its broadest sense) is being reshaped and reconceptualised in the 21st century.

In the Beginning was the Grant…

In this session, Maggie and Jenny will each introduce and discuss their new research projects, starting in 2014, that are funded respectively by Leverhulme and AHRC grants (brief info below). The discussion will also open up to consider the challenges and benefits of pursuing extended grant awards.

A Social History of British Performance Cultures 1900 -1939: Law, Surveillance and the Body. Maggie Gale’s new project will develop research that critically interrogates early twentieth-century British performance cultures. The research explores the ways in which repeated motifs of estrangement, fear of the ‘other’, and transformations in the experience of identity and citizenship, can be understood through a social history of cultural production.

Poor theatres: a critical examination of theatre, performance and economic precarity. Jenny Hughes’s project explores the relationship between theatre, performance and poverty by interrogating their interstices at three distinct historical junctures (in the 1830s, 1980s, and the 2010s). The research develops a contribution to the understanding of social welfare and resource management systems in times of economic austerity and ecological uncertainty.

The Art of Marcel Duchamp, Nam June Paik and the Modernist Musical Paradigm

This is the first guest lecture in a series curated specifically to bring together colleagues across the Division comprising Music, Drama, Art History and Visual Studies, within the larger of the School of Arts, Languages and Cultures. It considers two avant-garde figures of importance in all three fields.

“Marcel Duchamp has already done everything there is to do – except video. He widened the entry but narrowed the exit. That very narrow door is video art and only through video art can we get ahead of Marcel Duchamp.” So said Nam June Paik in 1974. This talk will pause on the notion of ‘video’ (sight) and link it to ideas about music (sound), for it is with music that both Paik and Duchamp’s aesthetic have foundational roots. The talk addresses key moments in the formation of modernism and argues for the centrality of ideas about music as a governing paradigm, moving from idea to object to action.
Posted by BLH at 18:09 1 comment: