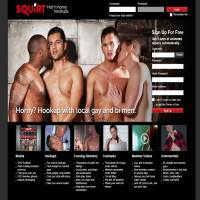 
Through an Actor-Network Theory method informed analysis of the hook 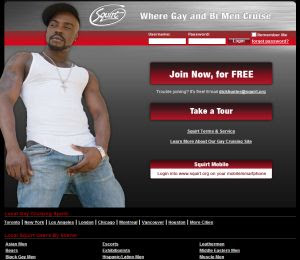 up site Squirt, I demonstrate, in a UK context at least, how publicly networked social media and digital devices inform, and allow for, the co-existence of a broad spectrum of sexual politics, sexual preferences and sexual practices. Such an analysis suggests a need for critically reflexive interpretations of the potentials of networked publics and the assumptions of publicness that can be attached to them when they become interwoven with discourses of the real name web. With this analysis, I illustrate the existence of what I term pseudonym publics. Such publics display the characteristics of networked publics, hold the potentials for connection and disconnection with physical worlds but do not demand an engagement with the heteronormative assumptions of the real name web.

To register your interest in attending this free event, please go to this link: Digital and Social Media Seminar in order for us to provide appropriate refreshments.
Posted by BLH at 13:05 No comments:


In this talk I´ll discuss some peculiarities on different Popular Music Scenes and its urban environments throughout Brazil. From the dark São Paulo Underground post-punk and darkwave bands and electronic music scene in the southeast; to the colorfoul and economic and comsuption cycle of Tecnobrega´s scene in the North and the “Gaucho Rock” genre in the South. Since the 80s, Brazil has had a great variety of different popular genres and scenes in its different cities with different features and elements that sometimes connect them to the music produced in other countries and, on the other side, have their particular cultural meanings and contexts. The objective of this talk is to debate some main discussions on the field of music, media and performance regarding Brazilian Music Scenes and also to bring some details on the research that is being done between Salford and Unisinos.

Dr. Adriana Amaral has a PhD in Social Communication. She is Professor of the Post-Graduate Program of Communications Sciences at UNISINOS (Universidade do Vale do Rio dos Sinos) and a Researcher of CNPq (National Council of Scientific and Technological Development). She has published extensively on digital and social media, as well as music scenes and genres and is technical coordinator for the Science without Border/CAPES funded research collaboration between Salford and Unisinos on popular music scenes, cities and creative industries. The talk will be followed by a discussion on the work currently being undertaken in this international research project with Dr Amaral and Dr Michael Goddard.
Room 3.17, MediaCityUK campus, 4-5pm.
Posted by BLH at 10:34 No comments: