Grad Prog talk: 15/2: The Democratic worth of Celebrity Politics in an era of Late Modernity 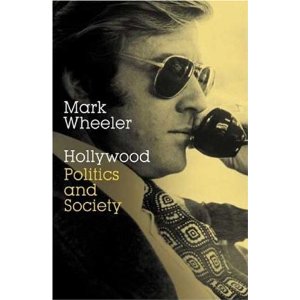 Mark Wheeler is Professor of Political Communications at London Metropolitan University. Publications include Politics and the Mass Media (Oxford: Blackwells, 1997), European Television Industries (with Petros Iosifidis and Jeanette Steemers) (London, British Film Institute, 2005) and Hollywood: Politics and Society (London: British Film Institute, 2006).
The Democratic worth of Celebrity Politics in an era of Late Modernity
As there has been an exponential increase in celebrity political interventions a debate has emerged about the worth of celebrity and democracy. In post-democratic societies, Henrik Bang and John Keanes’ respective constructs of Everyday Makers and Monitory Democracy have placed an emphasis on the importance of ‘involvement’, ‘voice’ and ‘output’ in terms of political representation, and provide an ideological framework through which to capture the value of celebrity politicians. Subsequently, it may be argued that Barack Obama utilised a form of ‘liquid’ celebrity in his 2008 United States (US) Presidential campaign to reconnect with a disenfranchised American electorate. However, this article contends that it remains necessary to consider how far celebrity politicians have ‘inputed’ aggregated forms of ‘agency’ to affect political outcomes. From these differing perspectives, it seeks to define a normative position concerning the worth of celebrity politics in an era of late modernity.
Adelphi House, second floor lecture theatre, Weds 15/2, 4.15-5pm. All welcome!
Posted by BLH at 19:06