This papers has emerged from discussions on framing Immersive Theatre with Kathy McArdle (Quays Arts and Cultural Development Manager, The Lowry, Salford) and a survey of four companies involved in the InOnTheAct festival at The Lowry (6th  September – 3rd November 2012): Triangle; Look Left Look Right; Happystorm Theatre; and OscarMike.

The Lowry is promoting the festival as “immersive and risk-taking theatre” and, as the festival name suggests, these companies’ performances encourage audience members to become involved in the process of creation. The works present a range of “immersive” strategies involving heritage interpretation, mapping the city, one-to-one encounters, gaming and global politics, magic and playful comedy which all interrogate the role and position of the performer.

The paper will be based on longitudinal interviews with the artists involved, with the producer, marketing team, audiences and student participants and will offer an account of framing Immersive Theatre in this specific context. Its primary emphasis will the artistic methods and processes deployed, working primarily from the artists’ accounts of adapting, sustaining or rejecting established tactics over the course of the festival.

A central concern of the investigation will be to contrast the notion of immersion for the actor with the experience of immersion for the audience in this instance. For Triangle, for example, Immersive Theatre is concerned with the performer’s immersion as a mode of ongoing historical research shared with the audience, rather than private preparation and interpretation of a role. How will this tension between private and public in the assumption of role be resolved with audiences who may have experienced work by other artists and how will it be influenced, if at all, by the broader aims of the festival?

The Cultural Politics of Blues Tourism 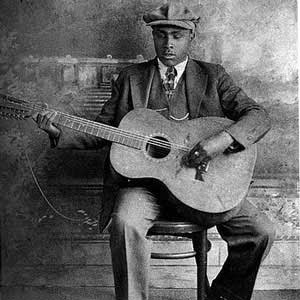 The historical nature of authentic Southern folk blues as a cultural form necessarily creates what Jennifer Ryan has described the “fetishization of poverty.” In Clarksdale, for example, the Shack Up Inn recreates a series of shot gun shacks on an old plantation so that guests can immerse themselves in the living history of the area. The Inn’s web page explains, “Virtually unchanged from when it was a working plantation, you will find authentic sharecropper shacks, the original cotton gin and seed houses and other outbuildings.” Blues heritage travellers in effect follow in the footsteps of the original pilgrim, the field recordist and ballad hunter John Lomax. His visits to the South portrayed it as the part of America least touched by the modern media.  For contemporary white pilgrims, what seems like a nostalgic musical journey is a direct or indirect encounter with extreme poverty and racial injustice, a situation that necessarily implicates tourists as privileged subjects. It is not surprising, then, they may sometimes experience certain kind of anxiety mixed in with their enjoyment. Drawing on various sources, including some recent television documentaries about the Delta, I argue that, in a variety of ways, blues pilgrims negate or disarm the potential anxieties of their predicament. One example of this is the enlistment of relatively fortunate African American intermediaries to acts as tour guides. As much as it is a romantic quest to encounter the musical magic of the South, blues pilgrimage is therefore about the indirect assertion of social difference in modernity.

Dr Mark Duffett is a Senior Lecturer at the University of Chester who specializes in research on fandom and music audiences. He is currently editing two special editions of Popular Music & Society on the topic, as well as completing a textbook on media fandom for Continuum. He was keynote speaker at MARS 2012, held by the Sibelius Academy in Finland.
Posted by BLH at 12:33