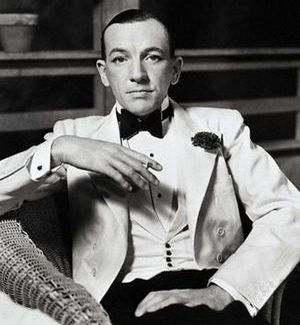 1.    Dr. Hayley Bradley & Dr. Felicia Chan (University of Manchester): “Rethinking Auteur and Artisan in Film and Theatre Historiography”
Tuesday 14th October, 5.15pm SLO1
Coming from different disciplines, Hayley Bradley (theatre history) and Felicia Chan (film and cultural studies) will explore questions arising from their current research into “forgotten” figures in theatre and film history — Henry Hamilton (1854 to 1918) and contemporary Chinese women filmmakers (Ann Hui et al). Although unlikely to appear together in any anthology or scholarly context (other than this one!), there are resonances across how these figures seem to have been written out of the history and frameworks of our disciplines. Through this inter-disciplinary conversation, we seek to rethink the politics of representation beyond grand narratives of ‘discovery’ and ‘innovation’, and to reconsider how the auteur and artisan have been conceptualised in/across our disciplines.

2.    Dr. Liz Tomlin (University of Birmingham): ‘The agency of the spectator in the individualized society’
Tuesday 4th November, 5.15pm, SLO1
Leading sociologists, such as Zygmunt Bauman and Ulrich Beck, have been defining global capitalism as the age of ‘institutionalised individualization’ since the early 1990s, yet such theories retain their currency and urgency today. This research presentation will highlight key aspects of their analysis in order to ask difficult questions about the efficacy – or inefficacy – of theatre as a vehicle for political change in the twenty-first century. Beginning with the familiar premise that political theatre should seek, in the broadest terms, to shift each spectator’s perception of the reality in which they live, I will suggest that this emphasis on the individual spectator, and his or her own responsibility for change, runs up against problems in the light of recent theories of individualization.

3.    Professor Dan Rebellato (Royal Holloway, University of London): “Naturalism and the Problem of Homosexuality”
Tuesday 2nd December, 5.15pm, SLO1
Naturalist theatre was a movement that placed the highest priority on representing the contemporary world, exposing social problems, and drawing on the latest scientific thinking to do so. So why didn’t it address homosexuality, which would seem to meet all of these requirements? Or, since it’s too crude to say simply that it didn’t, in what ways did it not address homosexuality and why? What does it mean to say historically that ‘something didn’t happen’? In this paper, part of a larger book project on Naturalism on stage, I want to look at the multiple absences of homosexuality in Naturalist Theatre, drawing on a range of different instances and case studies. The talk will touch on theatre and literature, urban studies, psychology and sexology, military and art history, international relations, legal theory, criminology, cultural studies, and late-nineteenth-century French history.
Posted by BLH at 10:33