The Stanford Prison Experiment of 1971 is one of the most celebrated case studies in the history of social psychology, not least because of its extensive cultural ‘impact’ beyond the academy. Yet the experiment conducted in a small basement area in Stanford University’s Psychology department was essentially a long-form role-playing exercise – a piece of improvised theatre. Questions have long been asked about the generalizability of its findings, in psychological terms, but this performative presentation instead considers the specificity of site and players, viewing the SPE as a landmark piece of performance art. 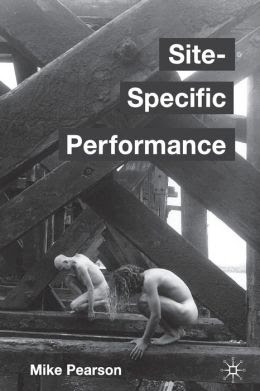 In this illustrated seminar, Mike Pearson draws together the experience of directing two large-scale theatre productions for National Theatre Wales – Aeschylus’s The Persians (2010) and Shakespeare’s Coriolanus (2012) – with critical approaches from his recently published book Marking Time: Performance, Archaeology and the City (University of Exeter Press, 2013). He suggests ways in which thinking archaeologically might extend and enhance both the creation and apprehension of site-specific performance; and how thinking performatively might inform understandings of archeological formation processes and sites.

Founded in the wake of the 7/7 attacks on the London underground, The Radical Middle Way promotes a mainstream, moderate understanding of Islam that young people can relate to. This special screening and Q&A will draw on Radical Middle Way filmmaking, in exploring what it means to believe, in the 21st century. www.cargocollective.com/radicalfilms
Posted by BLH at 09:43