“Cosmopolitanism as Critical and Creative Practice”
A Symposium11th May 2011
The International Anthony Burgess Foundation, 3 Cambridge Street, Manchester, M1 5BY
The symposium reviews the relationship between cosmopolitanism and globalisation, how this relationship has been constructed in the past and how it might be construed more fruitfully for the future. Contributors explore in what ways creativity, vision and imagination as they express themselves in contemporary literature, art and theory can be seen as practices that not only promote the development of a cosmopolitan consciousness, but initiate forms of transnational agency.
1.00pm: Opening and introduction
1.15-2.30pm: Garret Wallace Brown (Sheffield) and Robert Spencer (Manchester)
“The Cosmopolitanization of International Law: Rethinking Global Constitutionalism and a Legitimate Rule of Law”Garrett is author of Grounding Cosmopolitanism: From Kant to the Idea of a Cosmopolitan Constitution (EUP 2009) and “The Laws of Hospitality, Asylum Seekers and Cosmopolitan Right: A Kantian Response to Jacques Derrida”, European Journal of Political Theory 9: 3 (2010). With David Held, he has edited The Cosmopolitanism Reader (Polity 2010).
“Cosmopolitan Reading”Robert is author of Cosmopolitan Criticism and Postcolonial Literature (Palgrave 2011).
2.30-3.45pm: Ranka Primorac (Southampton) and Tom Cheesman (Swansea)
“Cosmopolitan Entextualisation in Postcolonial Zambia”Ranka is author of “Cosmopolitanism and Social Change in a Zambian Thriller”, Research in African Literatures, 41:3 (2010), 49-61, and editor of African City Textualities (Routledge, 2010). She has also edited the “Dialogues Across Boundaries” symposium for the Journal of Commonwealth Literature (forthcoming).
“Schmosmopolitanism, or Super-Diversity”Tom is author of Novels of Turkish German Settlement: Cosmopolite Fictions (Camden House 2007) and “Shakespeare and Othello in Filthy Hell: Zaimoglu and Senkel’s Politico-Religious Tradaptation”, Forum for Modern Language Studies 46:2 (2010), 207-20. With Karin Yesilada, he has edited Zafer Senocak for the Contemporary German Writers series published by University of Wales Press (2003). See also www.lulu.com/hafan for information on his work of publishing anthologies and pamphlets by refugee writers.
3.45-4.15pm: Coffee break
4.15-5.30pm: Rachel Garfield (Goldsmiths) and Leon Wainwright (MMU)
“Putting the Cosmopolitan to Work: Experimental Film and Video”Rachel is author of ‘A Particular Incoherence’, in T. O’Brian (ed), Between Truth and Fiction: The Films of Vivienne Dick (Lux 2009) and contributor to the group exhibition Keeping An Eye On You, which toured the US (19 Sept – 16 Dec 2009), and was hosted by the Centre for Contemporary Art, Santa Fe (16 Dec 2009 – 31 Jan 2010) and the Aqua Art Fair, Miami, Florida (Dec 2008).
“Precarious Cosmopolitanism: Art, Creativity and Movement in the Caribbean”
Leon is author of the forthcoming Timed Out: Art and the Transnational Caribbean (MUP 2011), as well as
“New Provincialisms: Curating Art of the African Diaspora”, Radical History Review 103 (2009), 203-13; “On Being Unique: World Art and Its British Institutions”, Visual Culture in Britain 10:1 (2009), 87-101; and “Alien Nation: Contemporary Art and Black Britain”, in R. Brunt and R. Cere (eds), Postcolonial Media Culture in Britain (Palgrave 2011), 27-40.
5.30-6.45pm: Liam Connell (Winchester) and Berthold Schoene (MMU)
“Offshore Cosmopolitanism: Flow and Scale in Rana Dasgupta’s Tokyo Cancelled”Liam is author of “Global Narratives: Globalisation and Literary Studies”, Critical Survey 16:2 (2004), 78-95 and, with Nicky Marsh, editor of Literature and Globalization: A Reader (Routledge 2011). 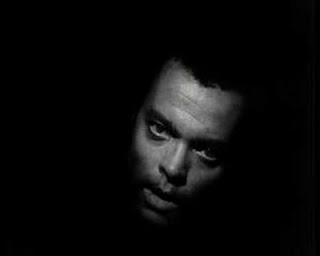 (Welles/Othello)
“From 253 to 6775235741 : Imagining Global Community”Berthold, who runs IHSSR’s research programme on ‘globalisation’, is author of The Cosmopolitan Novel (EUP 2009), as well as “Tour du Monde: David Mitchell’s Ghostwritten and the Cosmopolitan Imagination”, College Literature 37:4 (2010), 42-60, and ‘Cosmopolitan Scots’, Scottish Studies Review 9:2 (2008), pp. 71-92.
7.00pm: Symposium closes
Attendance at this event is free and open to the public, but to keep an eye on numbers and ensure there is enough afternoon tea and coffee for everybody, please register with Berthold Schoene b.schoene@mmu.ac.uk by no later than 22 April 2011.

http://www.hssr.mmu.ac.uk/annual-research-programme-arp/cosmopolitan-practice-symposium/
Posted by BLH at 08:47