The Crisis of the University and the Educational Significance of the Fees: Reducing the ‘Deficit’ or Fashioning Subservient Human Beings? 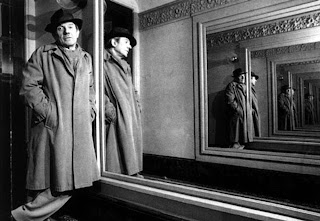 “man is no longer man confined but man in debt. One thing, it's true, hasn't changed - capitalism (Deleuze)
A one-day discussion seminar jointly organised by PhD students and staff members of the School of Humanities, Languages and Social Sciences (University of Salford, Manchester)

The ‘cuts’ and ‘fees’ imposed by the lib-con government amount to the entrenchment of a new regime of control based on an extremely doctrinaire and contagious political ideology (managerialism) and guaranteed by a new bondage (compulsory debt-financing). Repeated over and over again, the idea that ‘reducing the deficit is absolutely necessary’ ends up imposing an attitude of resignation in the face of what is taken as inevitable. Yet, we must ask: Why is the ‘deficit’ so bad for governments and so good for students? What if ‘being in debt’ is not just an economic matter, but a coercive pedagogy and a moulding mechanism to produce a particular kind of human being? Why is it that academics, students and support staff allow themselves to be managerialised, that is, pitted against each other?
These and other questions will be addressed in the seminar; topics to be discussed include: The politics of higher education and the question of university autonomy, self-government and academic freedom today. The rule of finance: financialisation and compulsory debt-financing. Managerial indicators of ‘quality’ and ‘satisfaction’: what kind of human beings lie behind such indicators and result from their use? The academics’ attitude and response to the politics of privatisation, marketisation and corporatisation of the university.
Confirmed interventions from: