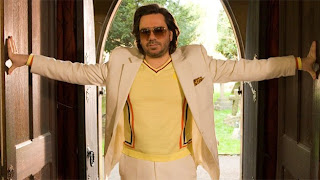 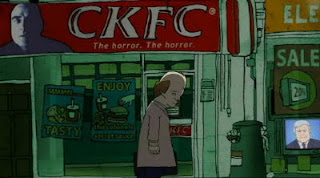 A University of Salford graduate has been nominated for a Break-through Talent Bafta Television Craft Award for his graphics on hit Channel 4 programme Pete Versus Life.
Since graduating from Salford with a first class BA in Graphic Design in 2000, Dave Whyte has gone on to carve a successful career in television comedy through his work for production companies Talkback, Tiger Aspect, Zeppotron and Objective.
His first big break was working on BBC Three's Monkey Dust - a satirical cartoon notorious for its dark humour. The show finished after three seasons and Dave was next offered graphics work on Channel 4's Bo' Selecta! - Leigh Francis' surreal sketch show.
Dave's impressive CV also includes Peep Show, The IT Crowd, Harry and Paul, 10 O'Clock Live and Pete Versus Life - the sitcom about an awkward budding sports journalist that earned him his Bafta nomination.
He has this advice for students: "Have an idea of what you would like to specialise in at university but don't close any doors. I thought I was going to be an animator when I left Salford but I've returned to graphics work. The most important thing you need to get your first job is good technical ability."

On his Break-through Talent nomination he said: "It's a great acknowledgement of the long hours I've put in over the last ten years. It would be great to win, but the nomination means almost as much to me." 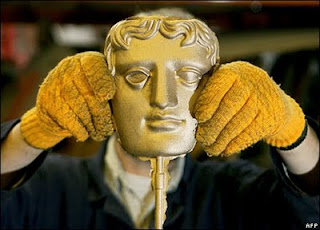 The Bafta Television Craft Awards will be held on Sunday, 8 May. 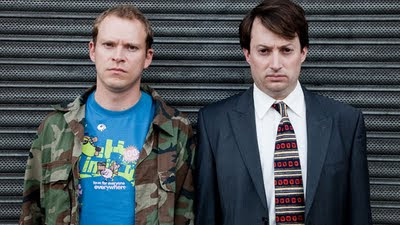